If You Would Like to Contribute To Our Family, You Can Fill Out An Application Here
Locked
5 posts • Page 1 of 1
Message
Author


Quote:
my friends that are in the guild are Greg(gregoriar) and supozitor(supo) two really great guys that are always there cheering me on and having a good time.


WoW Experience: I started playing WoW my Junior year in High school on my friends account, so i really haven't explored the raids before BC. I finally was able to play wow again Last June. for BC i have experienced all the heroics. The raids i have experience with are Kara (full clear), ZA (also a full clear), SSC(hydros, leo, fathom lord and tide walker) TK (all but Keal), Hyjal (4/5 no archy yet), and BT ( all, but illidari Counsil and Illidan).

Likes: I love to playing wow and meeting the many new people on the game. besides for wow i read books. Some of my facorite authors are Orison Scott Card, P.C. Cast, Tamora Pierce, Davie Clements and CHristopher Paolini (who is known for the Eragon series) and i am currently reading Brisingr by Paolini. I love spending time with my Husband Ben and our cat Soko they make my world. oh and my favortie color is Red

Dislikes: i don't like areguments, they always cause problems and people get hurt. the word Complacent is now one of those words that makes me twitch. i have heard it so many times it's just one of those things when a person says it i just completly zone out and ignore every word the person says.


Biography: I am proud to say i am from Texas, but 4 weeks before my 16th birthday moved to North Canton Ohio. I was in the marching band of my high schools and played the clarinet. My foreign language is ASL (AMerican SIgn Language). My senior year my parents were divorced and a year later my mother remarried my step father. I am the only girl of 7 age wise goes Jay, Aaron, Geoffery, Me, Chris, Winston, and Little Alex. The first time i really met my husband was on a valentines day when i went to pick him up from the airport ( we Met on WoW) and were married June 16th, 2008 yay still newly weds

. I am sorry for all the girls because he is the perfect man and he chose me. i am a proud Air Force WIfe. hehe!

Why I Should Be a Member: I first met greg and supo in the guild shinigami which lead to mythology. They are 2 great friends that are always there cheering me on and making me laugh and they have become family too me in such a short time. I would love to be apart of a guild that they both speak highly of if that is possible. I love family and friends and this guild has both. I haven't ever run a raid with yall, but i did run Heroic MgT on my druid the other day. I had never healed H MgT and never run it on my druid, so i warned them lol. They were very understanding coperative and friendly and very well put together. Hoshika even loged off onto cutiepie ( i think thats the name of the warrior) just to help a guildies warrior to get a trinket. It was the best heroic run i have ever run and it impressed me with how well each person worked together. I would love to be able to help out with this team work and befriend yall.

I currently have 2 level 70s and am working on a shaman with a friend with the trial account recruiting a friend.

the word Complacent is now one of those words that makes me twitch. i have heard it so many times it's just one of those things when a person says it i just completly zone out and ignore every word the person says.

Ahahahahahahahaha. Whoever told you Hoshika was buddy-buddy with him is a complete liar. Though I'm sure Hosh told you that already.

Anyway, welcome to the forums.
Top 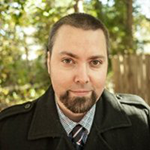 Get with me in-game to schedule an interview.
Join our Slack channel. Send me a PM with your email address for an invite.
Top

Enjoy your stay, good luck with the app.

One of the better apps on here in awhile. Well done! Hope to see you soon and please never ever hold Hoshika against the rest of us. He is that odd little person that you feel you must befriend. Good luck with the interview.